Showing posts from May, 2013
Show all

By Sleestak - May 31, 2013
So, the Book Of Hours EP is out now...go grab yourself a copy in either limited run CD format or digital download. Head on over to Bandcamp  now and show us some stoner love. If you like it please tell your friends to get it as well because the money goes right back into making the next album - and trust me, we are already working on it and it's going to blow away every other Sleestak recording in terms of epic doomness. So yeah, we are definitely and independently FAN supported and we couldn't be happier with that! (on a side note, the CD is delayed by about a week due to some mis-communication with the duplication company. We apologize for the inconvenience) Want to win a FREE copy of the new EP? Here's what you do: Listen to the songs "Appeasing The Gods" and "Blacklight Communion" and be one of the first three people to correctly identify 2 of the movies the samples in the songs were taken from.(There's actually 3 movies, but one of them is f
Post a Comment
Read more

By Sleestak - May 18, 2013
Only a few days left to pre-order the new EP!  Preview a couple tracks from Book Of Hours NOW....   Book Of Hours by Sleestak
Post a Comment
Read more 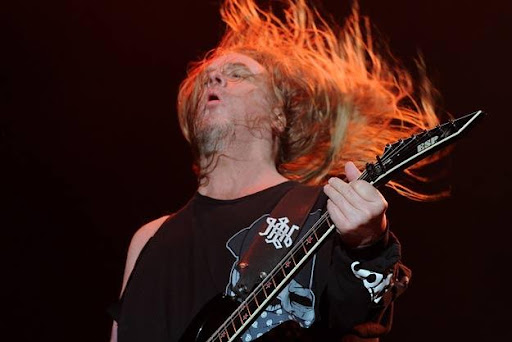 Another very sad blog post today. From CNN: "Grammy-winning guitarist Jeff Hanneman, a founding member of the heavy metal band Slayer, died Thursday of liver failure in Southern California, the band said in a statement. He was 49. "Slayer is devastated to inform that their bandmate and brother, Jeff Hanneman, passed away at about 11 a.m. this morning near his Southern California home. Hanneman was in an area hospital when he suffered liver failure," the band said in a statement posted on its website and Facebook page. Hanneman leaves behind his wife, Kathy, a sister and two brothers. "He ... will be sorely missed," the band said." A Sleestak side note: Marcus and I had the great honor of opening for Slayer when we played in our old band Atomic Number 9. This was back in 1999. Anyways, it was definitely a highlight for us and our musical "careers" and personally I like to brag about it because really, how many bands can say they did that?
Post a Comment
Read more
More posts