By Altrusian Grace - February 22, 2022
The Vesper Serpent is the second album from Illuminated Void, a dark ambient project by Matthew Schmitz steeped in esoteric and spiritual motifs. The Vesper Serpent is a singular track juxtaposed with both deep abyssal movements and neo-classical and folk passages which evoke a sense of mystery and of an obscure space which exists between waking and dreaming, between this world and another. Melodies and arrangements were chosen that explicitly manifested a synesthesiatic quality, evoking colors, shapes, and even picturesque twilight environments within the mind of the listener. The Vesper Serpent is an album not for the casual music collector, but for those who actively seek to connect to some other reality through the energetic exchange brought about by sound. 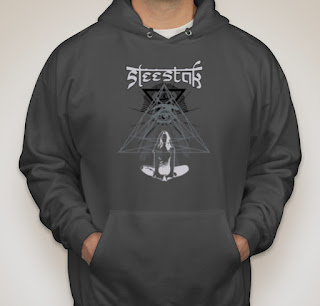 By Sleestak - October 07, 2014
So I've decided to compile a list of blogs, websites, radio, and zines that would help out Sleestak when we are trying to promote a new album and thought it would be a good idea to make it public for all the other bands out there who are in the same situation of DIY Doom. You may notice not every website is on here. I did not include labels, festivals or other bands. Also, I left out websites that did not seem updated or were several months since the last post as many of our beloved blogs come and go and it would seem a fruitless endeavor to spend the time sending material to a website gone defunct. If you feel I've missed something or that there is a site that needs to be on this list please add it in the comments section below! Thanks for the help! Also, sorry that it's in no particular order. It was a blitz of investigating and I've added links as I've discovered them! You'll find some more "mainstream" sites mixed in, but they all have had dealin
Read more